Time to apply some military and manufacturing know-how?

The UK construction skills crisis continues to delay projects, drive up costs and reduce quality. As we have discussed several times on the SkillsPlanner blog, the government and industry have produced various reports and instituted various campaigns, but the skills gap challenge is deep-rooted.

With the Global Financial Crisis wreaking havoc in 2007-2009 and plunging national construction industries around the world into recession, the UK shed hundreds of thousands of workers, many of whom never returned to the industry. As the UK emerged, somewhat shakily, from recession, replacing these workers has not been helped by the industry’s poor reputation – itself a symptom of deep systemic problems (To change the image, first change construction), including a lack of diversity, an ageing workforce, and decades of under-investment in research and development so that construction is rock-bottom of the digitalisation league, notwithstanding the efforts to promote technologies such as BIM (Tackling skills gaps – can we learn from BIM?).

We have welcomed government plans to reform post-16 education (post) and we are looking closely at recently announced changes to the UK apprenticeship levy scheme (summarised by TES here; the CITB suggests the changes could cut apprenticeship funding by a third). But we still think construction needs to adopt a long-term view of its skills and employment needs, and to be thinking about digital skills and the fourth industrial revolution.

We are not alone in this view. Gary Sullivan, CEO of construction logistics and security business Wilson James has urged much the same kind of new thinking. In a hard-hitting open letter to the recently reshuffled skills minister Robert Halfon MP published in Construction Manager magazine, Sullivan writes: 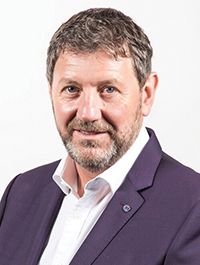 “… we need more than builders. We need to manufacture off site, we need people with good hand-to-eye co-ordination, we need people who can use state-of-the-art tools who can produce quality at speed again and again. The precious few young people who want to join the industry are being given the wrong skills and it is taking too long to train them in the wrong skills.”

“We need to train differently, get people in at ground level and get them working. We could look at how the military train young people. In less than 18 weeks they produce the highest skill levels with technical expertise and a great work ethic. We have to invest in off-site manufacturing and in parallel train the workforce to fit, erect and plug in the state-of-the-art products created in factories in our Northern Powerhouse. Our ambition should be more F1 than 1961.”

It is no surprise that Sullivan mentions the military. Before founding Wilson James 25 years ago, Sullivan spent seven years in the paratroopers, and then worked for the UN where he learned about logistics. Upon return to civilian life, he worked initially as a logistics and security manager for Bovis Lend Lease on projects in the City of London, noting how much construction could benefit from improved logistics. Today, Wilson James employs over 3000 people, has an annual turnover in excess of £100m, and has recruited extensively from armed forces leavers. 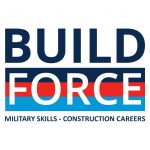 Building a strong transition pathway from the armed forces into construction is actively supported by SkillsPlanner project leaders at Ethos (many present at the Westminster launch of BuildForce at the Houses of Parliament on 29 June). As Sullivan suggests, military personnel can quickly gain technical skills and have a strong work ethic, while many in senior ranks have both professional and managerial skills and attitudes that equip them well for work not just in construction as we currently know it, but in what construction might become over the next decade or two.

Such thinking is already being applied in other countries which face similar challenges to the UK. For example, according to a 2015 Ford Foundation report, more than 2.3 million advanced manufacturing jobs in the United States are unfilled and over the next decade an estimated 2.7 million baby boomers will retire from this sector. In California, Workshops for Warriors is training veterans in advanced manufacturing – “Today we train veterans to make products, but tomorrow we will train them to train robots to make products,” says founder Hernàn Luis y Prado. Workshops for Warriors is also partnering with online learning provider SolidProfessor to provide additional skills in engineering software use, including several Autodesk applications familiar in construction.

Manufacturing is hugely important in construction. Common stereotypes of construction tend to focus on design offices or site-based activities, overlooking the key inputs of manufacturers and suppliers. In the UK, according to the Construction Products Association, the sector directly provides jobs for 313,000 people across 21,000 companies and has an annual turnover of more than £50 billion. And this importance is set to grow as the industry expands its adoption of Design for Manufacture and Assembly (DfMA) approaches in the coming years.

Sullivan rightly highlights the importance of off-site manufacture, and challenges the industry to become more like Formula 1 precision engineering. There are encouraging signs, even within one of the most conservative of UK construction sectors: housebuilding:

Similar DfMA/off-site thinking is being applied to infrastructure projects and in relation to public and commercial buildings. Therefore, as Sullivan says, “We need to train differently“. We should be equipping people with 21st century technology skills, and breaking out of our traditional construction silos to learn from what the military, logistics and manufacturing can show us.